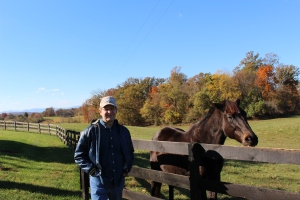 Matt McKenzie grew up in the St. Louis metro area of Southern Illinois, but now resides with his wife, Amy, and their three children in the Winston-Salem area of North Carolina. Early in life, Matt developed an affinity for Golden Age radio shows (1930s through 1950s) and the vintage television programs of the 1950s and ‘60s. Simply by being routinely exposed to such media, his children also developed their own preferences for programming from that era.

Our plan is to offer wholesome materials for parents, or any who are interested, in making good use of available recorded media from the 20th century to both educate and entertain their families.

In discussing the relevance of learning and living by a set of values and virtues derived from a higher authority, my book, Creeds, Codes and Cowboy Commandments: TV’s B-Western Heroes Rules to Live By, also provides an example of how this approach to family entertainment has value.